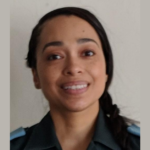 A message from the Chief Executive – 14 April

It is with great sadness that we announce that Susanna Naula, an Emergency Ambulance Crew from Greenwich complex, has passed away.

Susanna, previously known as Susanna Taylor, joined the Service in 2009 in the role of A&E Support operating out of Greenwich ambulance station., where she remained throughout her career, qualifying as a trainee Emergency Ambulance Crew in 2014.

Susanna was a private person but was a much valued and supportive member of the Greenwich team.

Our thoughts are with Susanna’s son Kayne, her stepfather Trevor, her aunts, uncles and cousins and all her colleagues at this difficult time. 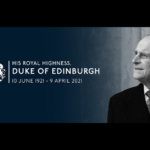 “On behalf of the London Ambulance Service NHS Trust, we are deeply saddened to hear that His Royal Highness The Prince Philip, Duke of Edinburgh, has passed away.

“Our thoughts are with the Royal Family at this difficult time.

“We would like to pay tribute to His Royal Highness’s life-long commitment to public service as the longest-serving consort in history. His loss will be felt throughout the country and across the world.” 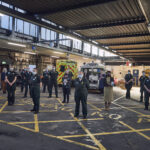 Professor Jacqueline Dunkley-Bent OBE, Chief Midwifery Officer for England , and lead midwifery colleagues from London and NHS England, met with teams across London Ambulance Service yesterday (29 March) to learn about how they are improving the care for mothers, their partners and babies. 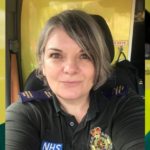 London Ambulance Service has launched a new paramedic apprenticeship programme which hopes to make gaining a degree in paramedicine more accessible for staff. 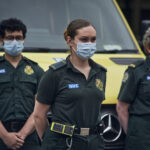 London Ambulance Service joined a national minute’s silence today to remember those who died during the pandemic and show support for the bereaved.

Staff and volunteers remembered colleagues lost to COVID-19, as well as those who died across the NHS, the UK and the world, as part of a national day of reflection.

Today’s event, spearheaded by end-of-life charity Marie Curie, falls on the anniversary of the UK going into the first national lockdown. 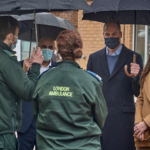 During a visit to Newham ambulance station in east London, Their Royal Highnesses met crews who have responded throughout the pandemic as well as ambulance staff who have supported their colleagues’ mental health and welfare as our Service faced one of the most challenging periods in our history. 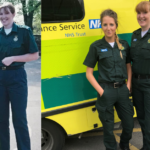 A medic who followed in the footsteps of her mother in joining London Ambulance Service is paying tribute to her mum who this month departs the Service after more than 30 years.

Our teams thank and pay tribute to their firefighter crewmates

Since April of last year, London Fire Brigade firefighters have been working with our Service to support our clinicians, including driving our ambulances and carrying out other supportive roles when crewing with medics. Here, some of our medics pay tribute to their firefighter crewmates. 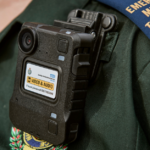 The new kit is being rolled out as part of a trial from today (22 February), starting in areas where our staff and volunteers are considered to be most at risk, based on previous incidents. Medics can press a button to start recording if patients or members of the public become aggressive or abusive. 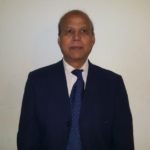 It is with great sadness that we announce the death of our colleague Jamil Ahmed, who passed away on Monday 8 February with Covid-19. 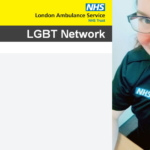 LAS is a place everyone should feel they can work. Our differences and who we are make us stronger as an organisation. LGBT History Month is a time for learning and growing together. 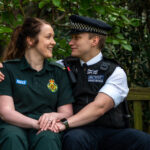 On Valentine’s Day, we share Paige and Rob’s story of meeting while both responding to an emergency call-out, falling in love, responding on the frontline during the pandemic and winning their dream wedding. 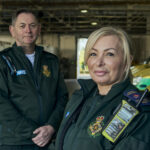 When medic Ellie began her shift with a new crewmate Dave, she had no idea Dave treated her husband Paul after he was in a hit-and-run 21 years ago. Paul sadly died last year, after never fully recovering – but talking to Dave about the incident gave Ellie some closure. 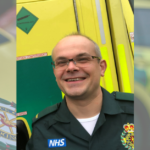 This newly-created role will see Dr Martin also join the board of the country’s busiest ambulance service.

He will provide professional development and guidance to paramedics and other clinical staff. His brief will also help further improve standards of patient care. 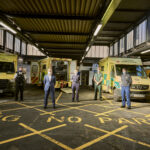 In a socially-distanced visit, Mr Khan met call handlers, dispatchers and clinicians from the 999 control room, ambulance crews, fleet workshop teams and blue-light partners from the Metropolitan Police and London Fire Brigade to express his appreciation to those working at this time of unprecedented demand for our services. 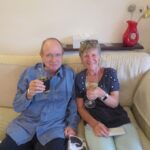 Cardiac arrest survivor’s heartfelt thanks to crews and call handler

A Londoner who survived a cardiac arrest in the summer has sent his heartfelt thanks to those at London Ambulance Service who – he says – saved his life. 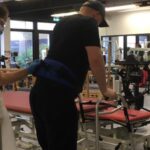 A London Ambulance Service Emergency Call Handler who suffers with a rare condition which left him paralysed below the waist is walking a mile to raise funds for the Service’s Charitable Fund.

Sean will be walking one mile with his Zimmer frame (in two sessions) on Friday 15 January and Friday 22 January. 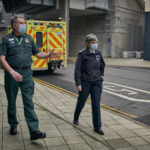 Capital’s blue-light services join together to care for Londoners

A new blue-light partnership between London Ambulance Service and the Metropolitan Police Service will see police officers across the capital driving ambulances and assisting medics to help boost the emergency response to the Covid-19 pandemic. 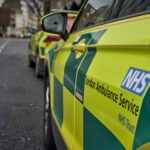 It’s a difficult time for us all, but we must ask that you continue to play your part and help us to help you. 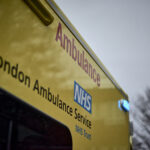 Keeping safe and well in the colder weather

With temperatures in the capital becoming colder we are asking Londoners to take additional care during this challenging time so they can stay safe and well.

A drop in temperatures can affect your health and can be especially dangerous for older people, young children and those with underlying health conditions.

"As soon as I got home from hospital I wanted to meet the ambulance men that saved my life, and say 'thank you'. I've always been very independent, and with their help i'm alive and looking after myself again."