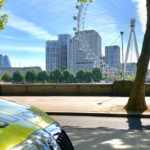 Advice on keeping safe and well in the hot weather

We hope Londoners are able to enjoy the sunshine this week, but we’re asking people to stay alert and take care as the temperatures climb. 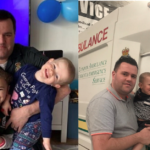 London Ambulance Service paramedic Andrew Cox (40) will be spending Father’s Day alone while he shields from his wife and two young children to help protect them from the dangers of coronavirus. 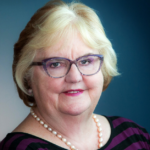 A new council formed by London Ambulance Service (LAS), bringing together patients, carers, volunteers and members of the public to help shape future services, has held its first meeting this week. 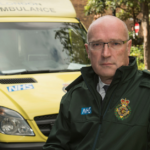 A message to Londoners from our Chief Executive

These are unprecedented times: we’re fighting an invisible disease infecting our society which, if left to spread freely, is highly contagious. We have to root it out, stop it spreading and ultimately eradicate it once and for all, to enable us to live, thrive and survive successfully into the future. And the name of insidious virus attacking the fabric of our society? Racism. [Continues in article] 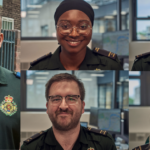 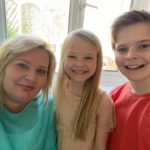 Diabetes Week: Protecting vulnerable loved ones but still working to be here for Londoners in need

On Diabetes Week we are sharing Donna and Matthew’s story of how they’ve kept their eight year old daughter, who has type 1 diabetes, safe during the coronavirus pandemic. 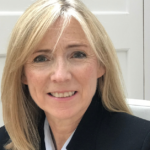 Jill Anderson joins the Service’s Trust board this month (June 2020). Jill brings more than 30 years’ experience in the healthcare sector. 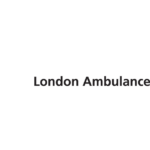 A message from London Ambulance Service

The events of the last fortnight or so since the tragic death of George Floyd in America have been profoundly shocking and upsetting. People from all ethnic backgrounds have been […] 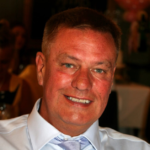 We pay tribute to member of staff who has passed away

It is with immense sadness we announce the death of our friend and colleague Jamie Lamb. Jamie died in hospital on Friday afternoon (29 May).

Jamie had been in hospital for four weeks after suffering a heart attack.

Jamie, an Emergency Ambulance Crew working in our Romford complex, was a popular member of our team. He was widely regarded as a likeable colleague by staff in north east London. Jamie began his career with London Ambulance Service as a trainee qualified ambulance person in 1996, working initially out of different stations across north east London. 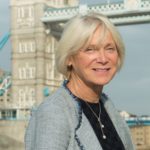 Heather Lawrence OBE reflects on the importance of supporting staff during these unprecedented times. 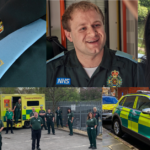 The volunteer responders helping us during the coronavirus pandemic

During the coronavirus pandemic, volunteers – including our volunteer responders – have played a huge role in helping us give Londoners the care they need.

Hear from some of our volunteer responders on how they’ve helped the LAS during the coronavirus pandemic. 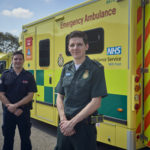 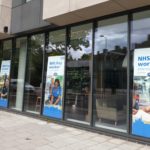 More than 160 London Ambulance Service medics, emergency call handlers, logistical teams and support staff have been separated from their families for more than a month during the coronavirus epidemic. 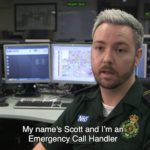 To mark Mental Health Awareness Week (18-24 May 2020), the Association of Ambulance Chief Executives (AACE) with the support of UK ambulance services – including London Ambulance Service – has released a video of ambulance staff discussing their experiences with their mental health.

We pay tribute to member of staff who passed away suddenly

It is with immense sadness that we announce the death of our friend and colleague Ben Woodhart, who has died suddenly and unexpectedly. 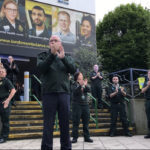 Staff from London Ambulance Service and medical specialists from the armed services joined together for the ‘Clap for Our Carers’ this evening.

The chief executive of London Ambulance Service has paid tribute to three members of our staff who have tragically passed away recently. 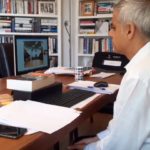 This week, Sadiq Khan, the Mayor of London, was shown around – video video call – the training London Ambulance Service is giving to firefighters at Wembley Stadium. 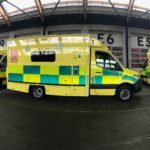 At the Stagecoach Bus Garage in east London a number of organisations are supporting the Service in preparation and installation of 62 brand new ambulances – which will take place over five days. 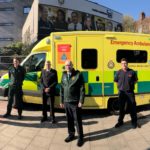 London Ambulance Service and London Fire Brigade have announced a new partnership to boost the Covid-19 emergency response which will see firefighters helping with a number of roles across the ambulance service.

"As soon as I got home from hospital I wanted to meet the ambulance men that saved my life, and say 'thank you'. I've always been very independent, and with their help i'm alive and looking after myself again."