The Board is responsible for setting the strategic direction, culture and organisational performance of our Service and is accountable for ensuring that the Service delivers safe, high-quality care and gives patients the best care. 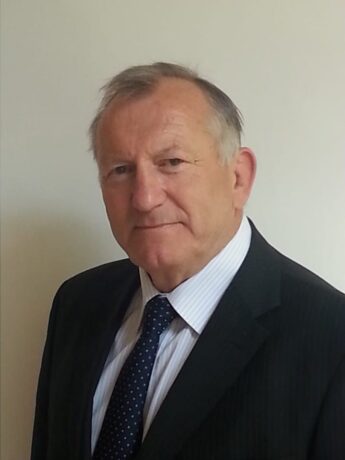 Andrew Trotter joined us as Chair in July 2022.

Andrew has 40 years’ experience of leading police services in London and Kent, having worked for British Transport Police for 10 years from 2004, serving as Chief Constable and Deputy Chief Constable. Prior to this, he served more than 30 years in the Kent and Metropolitan police services, including six years as Deputy Assistant Commissioner with the Met.

During his time with the police services, Andrew worked alongside London Ambulance Service teams, including for the 2012 Olympics and 7 July terror attacks. 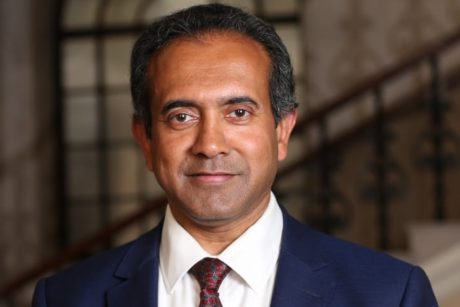 Rommel is a chartered accountant and retired as Finance Director of the Bank of England at the end of 2018. Prior to this he was an Executive Director of the Financial Services Compensation Scheme and Group Chief Operating Officer for the Metropolitan Housing Partnership. His earlier career included senior management roles at JP Morgan Chase.

Rommel is the Chair of the Audit Committee. 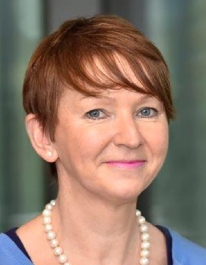 Sheila joined the Service in February 2017 and has over 30 years of experience at executive and board level in organisations including Norton Rose Fulbright, BP, Royal Mail, IBM and Deutsche Bank.

She specialises in delivering transformational change through the application of innovative technology solutions. She has managed international teams of 400 employees, delivered numerous complex change programmes and integrated diverse technology platforms in support of mergers and acquisitions.

Sheila spent a number of years in Hong Kong, Singapore and Australia providing consulting services to the Financial Services and Manufacturing sector. She served as a non-executive director on the board of Companies House and was also a member of the Audit committee.

Sheila is currently the Chief Information Officer at Deloitte and is the Chair of the Logistics and Infrastructure Committee and Digital999 Programme Assurance Committee. 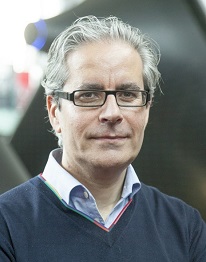 Professor Brohi is a consultant Trauma Surgeon at Barts Health NHS Trust, Director of the London Trauma System at NHS England (London), and Director of the Centre for Trauma Sciences at Queen Mary University of London.

With a professional background in HR and management, Dr Anne Rainsberry has 32 years’ experience working in the NHS at local, regional and national levels. 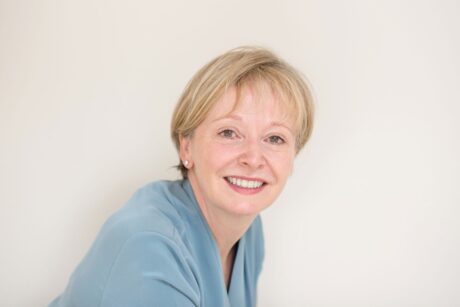 Before joining healthcare and life sciences consultancy Carnall Farrar as managing partner in 2017, Anne was London regional director at NHS England for four years where she led major service changes in the capital including the reconfiguration of cancer and cardiac services.

Anne was awarded a CBE in 2017 for services to the NHS. 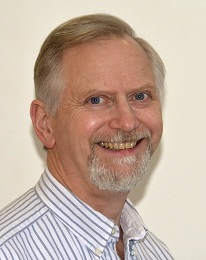 Dr Mark Spencer has been a GP for 40 years and continues to enjoy clinical work.

He is also Vice Chair of the London Clinical Senate – the clinical leadership for strategy and assurance for quality of service changes across the capital and has had various roles at NHS England (London), including Deputy Regional Medical Director and Medical Director for Quality and Service Design.

He has also worked in Hospital inspection teams for the Care Quality Commission, has advised the National Institute for Health and Care Excellence (NICE) on commissioning guidelines and has been part of the London Urgent and Emergency Care Clinical and Professional Leaders Group covering the whole of London for the past seven years.

As part of his new role at London Ambulance Service, Mark chairs the Service’s Quality Assurance Committee, which monitors the quality of patient care as well as encouraging new improvements and innovations. 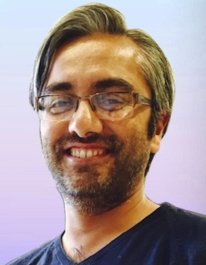 Amit is a technology entrepreneur, having co-founded Zava, one of Europe’s largest online GP services in 2011.

Before becoming an entrepreneur, Amit led on strategy and planning for Chelsea and Westminster NHS Foundation Trust. Prior to joining the NHS, he was a Senior Civil Servant working on delivering key health targets for then Prime Minister Tony Blair.

Amit started his working life as a management consultant for McKinsey & Co, after studying English Literature at Oxford University. 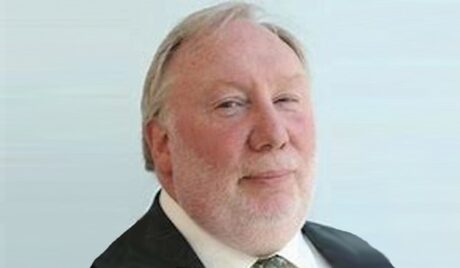 During a career in finance and accounting spanning more than 30 years, Bob Alexander operated at board level across public sector organisations including the NHS, the Civil Service and Metropolitan Police.

He has an MBA and is a Fellow of the Chartered Institute of Public Finance and Accountancy.

Jill joined us in June 2020. She brings more than 30 years’ experience in the healthcare sector, including executive responsibility in finance, commercial, research and supply chain functions across large multinational organisations.

Jill is currently chief financial officer for ViiV Healthcare, a global subsidiary of the pharmaceutical company GlaxoSmithKline (GSK), which is dedicated to improving the lives of people living with HIV.

She is actively engaged in diversity initiatives such as back to work programmes for people who are HIV positive.

A graduate in Chemistry from the University of Exeter, Jill qualified as an accountant before joining GSK in 1990.

She left to launch her own consultancy in 2001 before returning to GSK in 2011. 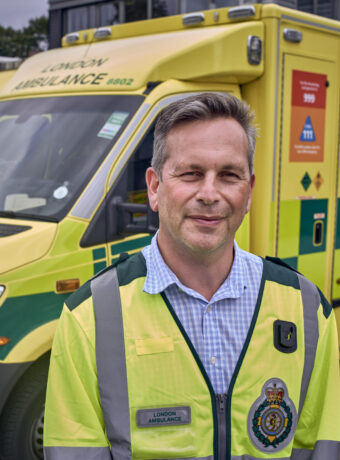 Daniel, who joined LAS in August 2021, has significant experience in the NHS and healthcare. He was formerly Chief Executive of Epsom and St Helier Hospitals NHS Trust, where he served for nearly seven years.

Prior to this, he was Accountable Officer for five of the clinical commissioning groups in North West London.

During his time at Epsom and St Helier hospitals, Daniel led on plans, and secured funding, to build a brand new £500 million Specialist Emergency Care Hospital in Sutton. He also oversaw a significant improvement in patient care, quality, finance and leadership, culminating in the organisation being rated as ‘Good’ by the Care Quality Commission.

Daniel also led on many initiatives to improve culture and morale, resulting in Epsom and St Helier having strong scores in the staff survey in measures about equality, diversity and inclusion, as well as staff health and wellbeing. 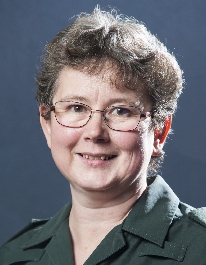 Dr Fenella Wrigley was appointed the Chief Medical Officer for London Ambulance Service in March 2016 having been the interim Medical Director since January 2015. She has also been a Consultant in Emergency Medicine since 2006.

She joined us as Assistant Medical Director for control services in 2008 and became Deputy Medical Director in 2010. Fenella has led on our development of urgent care, clinically overseeing the introduction of a Clinical Hub to provide clinical support and ‘hear and treat’, and our step-in provision for NHS 111 South East London.

She is also the nominated officer responsible to oversee medication error incident reporting and is the Caldicott Guardian. 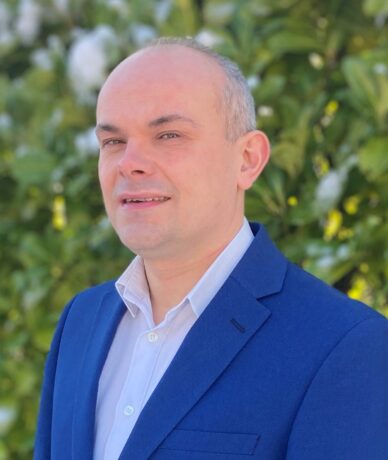 Dr Martin joined us in March 2021 in this newly-created role which brings together for the first time responsibility for both clinical quality at the Trust and for ensuring paramedics and ambulance clinicians have access to world-class training, education and professional development.

John is a registered and practising paramedic and President of the College of Paramedics.

This is a return to London for Dr Martin who was based at Edmonton, Bounds Green, Whipps Cross and Isleworth stations while completing his three year Paramedic Science degree at the University of Hertfordshire almost 20 years ago.

Following a career as a paramedic with East of England Ambulance Service between 2002 and 2014, Dr Martin was selected for an NHS executive leadership programme. 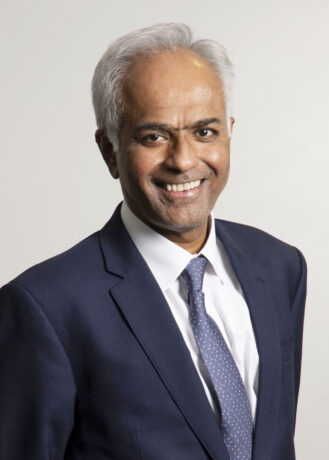 Rakesh joined us from Epsom and St Helier University Hospital Trust where he was accountable for planning, monitoring and overseeing the delivery of the financial strategy. In addition, he was finance lead and Board member for Surrey Downs Integrated Care Partnership, Surrey Downs Health and Care and Sutton Health and Care – both provider alliances delivering adult community services.

Rakesh has over 30 years’ experience of financial management in the NHS, including senior roles at West Middlesex University Hospital and in wider healthcare like Barnet, Enfield and Haringey Mental Health Trust.

He is used to working closely with clinicians across service development projects, developing new financial models and empowering managers to use the right information, financial systems and business planning tools to build robust and sustainable plans for the future.

He successfully led the financial recovery at Epsom and St. Helier’s, ensuring they are now on a course of financial stability resulting in the CQC rating the hospital as ‘Good’ for use of resources in 2019.

He also led the financial case for the Trust’s bid to for a new hospital programme, where he worked with colleagues in the Trust and wider health system to develop the plans. 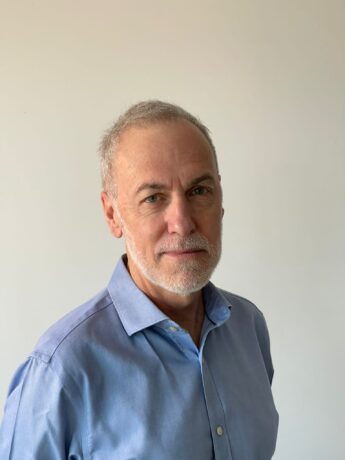 Mark has had a long career in health services including chief executive roles in acute hospitals as well as stints in community and integrated services.

He has also worked as a regulator and commissioner of health services, most recently as the accountable officer of the largest commissioning group in the country.

Mark has also worked as a consultant, especially in the fields of strategy and governance. 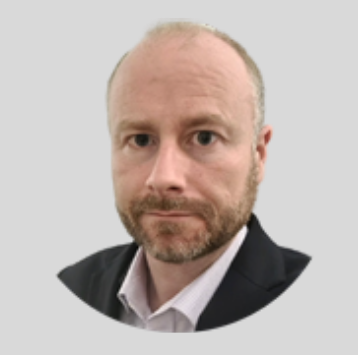 Damian joined us in June 2021 to lead our People and Culture Directorate, in a crucial role taking forward our work on HR, recruitment, organisational development and health and wellbeing.

As previous Director of People at Bart’s Health NHS Trust – The Royal London and Mile End Hospitals, Damian brings a wealth of experience of the London healthcare system and wider HR issues. 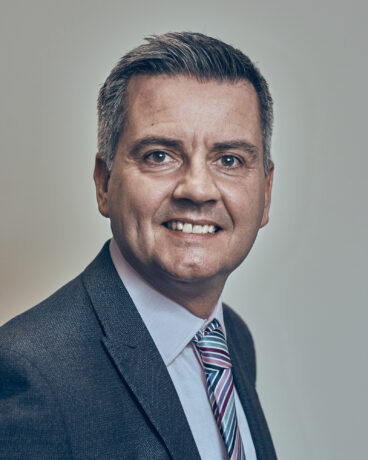 He has more than 20 years’ experience in health related communications, and most recently worked at NHS England and NHS Improvement where worked in senior strategic communications roles, including leading the NHS70 campaign to celebrate 70 years of the NHS.

Antony spent five years at Guy’s and St Thomas’ NHS Foundation Trust and led on the opening of the £60 million Evelina Children’s Hospital. He has also worked as Director of Communications at both Epsom and St Helier Hospitals NHS Trust and West Hertfordshire Hospitals NHS Trust.

In 2018, he was named by the CIPR (Chartered Institute of Public Relations) as one of the UK’s top PR people. Follow Antony on Twitter: @AntonyTiernan 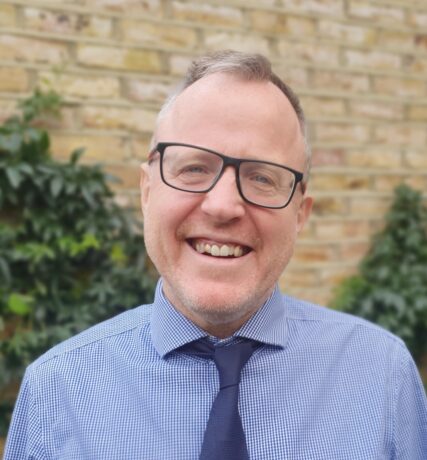 Roger joined us in January 2022 and will focus on developing a strategic vision for our Service to build beyond our existing organisational strategy which comes to an end at the end of 2023.

In his most recent position at NHS England, Roger played a national leadership role in the development of the 42 ICSs, which now cover the whole of England and are set to be put on a statutory footing next year.

Since the start of 2016, he has worked with health and care leaders across the country on system transformation strategy and policy, system leadership development, clinical and professional leadership, local government and voluntary sector partnerships, public involvement, communications and stakeholder relationships.

Prior to this, Roger was Director of Communications and Head of Media and Public Affairs at NHS England.

Earlier in his career, Roger also held senior communications and public affairs roles at organisations including the NHS Confederation, the Care Quality Commission and the Confederation of British Industry.

He is also a Trustee at the English Football League (EFL) Trust, the charity overseeing the community organisations of the 72 EFL football clubs in England which run health and wellbeing initiatives across the country.