Medics welcome jailing of man who repeatedly assaulted and threatened them

London Ambulance Service paramedics have welcomed the jailing of a man who repeatedly assaulted and threatened them over a number of years. 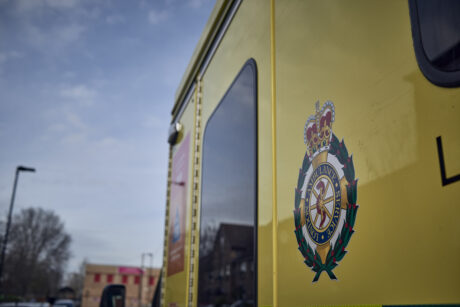 John Dannaher, 33, continued to abuse crews despite a Criminal Behaviour Order which banned him from being in any ambulance unless he had a life-threatening illness or injury.

Clinical Team Manager Scott Lummes spent two years building a case against Dannaher after a colleague reported that she had been verbally abused while trying to treat him at Kings Cross station.

When Scott began investigating, he discovered around 40 separate reports had been made by London Ambulance Service medics about Dannaher, which included physical assaults and spitting as well as verbal abuse and threats, but only resulting in one custodial sentence.

Scott said: “He was particularly abusive to women, including making threats of murder and following them home.

“I was determined for him to be held to account for his actions and that this type of bullying and threatening behaviour would not be tolerated.”

Working closely with the police and the courts led to a Criminal Behaviour Order being brought against the repeat offender. The order banned Dannaher from being in any ambulance in the UK unless he was so ill he was physically unable to take himself to hospital.

However Dannaher continued to harass and abuse ambulance staff which resulted in him being jailed for 181 days after pleading guilty to breaching the order at Colchester Magistrates Court last month (June).

Paramedic Grace Harman, 24, who made the initial report which sparked the investigation, said: “I was trying to assess him but he was shouting and screaming.

“He kept saying ‘I’m much bigger than you’. I did not feel safe as he was so aggressive and threatening.”

Grace’s crewmate called the police, who sat in the back of the ambulance with Dannaher while he was taken to hospital.

Grace added: “I’m so glad London Ambulance Service has a zero tolerance approach as we can’t just accept this kind of behaviour.”

During the investigation, Scott found that Dannaher had made dozens of 999 calls and yet his GP confirmed he had no serious medical problems. Dannaher’s campaign of harassment also extended to ambulance services and hospitals across the south east.

Both Scott and Grace support measures London Ambulance Service has introduced as part of its ongoing work to protect staff and volunteers with the #NotPartoftheJob campaign.

Body-worn cameras are being rolled out to crews across the capital and two violence reduction officers have been recruited to support staff who have been assaulted and work with police to increase prosecutions.

There have been 171 reported physical attacks on London Ambulance Service and 252 reports of verbal abuse between April and June this year.

Of the physical attacks, 80 of those were prosecutable and so far have resulted in six prosecutions.

London Ambulance Service Chief Paramedic Dr John Martin said: “Our people care for patients with commitment and compassion and must be free to do so without fear of violence.

“Dannaher’s behaviour towards crews who were trying to help him was clearly unacceptable and he is now serving a custodial sentence. We will always seek conviction for offenders who abuse our staff or volunteers.”