The voices of staff from London Ambulance Service (LAS) will be ringing out across the Transport for London (TfL) network this Christmas, in a series of specially-recorded messages reminding millions of customers to take care as they travel across the capital. 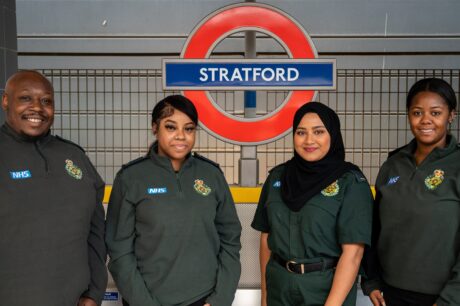 The festive period is a very busy period for emergency services and public transport networks in the capital, with lots of people travelling home for the holidays or enjoying seasonal parties across the city. To help prevent accidents across the travel network and reduce pressure on the ambulance service during this busy time, staff from LAS have teamed up with TfL to urge partygoers to take extra care after drinking alcohol.

In their messages, the LAS team members urge the public to take extra care when travelling after drinking alcohol and to plan their journeys so they arrive home safely. These will be played over public address systems at 28 central London rail and underground stations including London Bridge, King’s Cross, Tottenham Court Road and Oxford Circus.

Around a million London Underground customers are expected to hear these messages every day when they are broadcast from 1 December into the New Year. 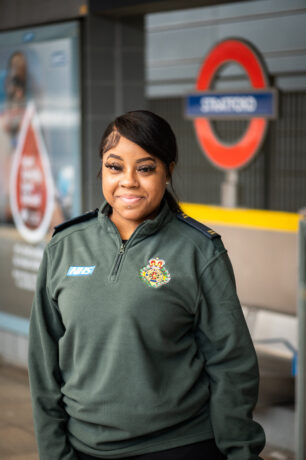 Call handler, Shanice Sinclair said: “It is really exciting to know a million people travelling on the London Underground every day will hear my voice sharing this important message.

“I monitor 111 calls at the London Ambulance Service and see how many people get in touch with us about problems or injuries that are linked to alcohol use.

“I hope our messages will remind people to drink responsibly, look after their friends and be extra careful while they’re having fun over December and New Year.”

This is the fourth year that LAS has partnered with TfL on the campaign to bring safety messages to the public from its teams.

Chief Medical Officer and Deputy Chief Executive of the London Ambulance Service, Dr Fenella Wrigley, said: “We want everyone to enjoy themselves over the festive period, but please remember to drink responsibly and take extra care when travelling home afterwards.

“Demand on 999 and 111 services remains very high and we need to ensure our sickest and most seriously injured patients receive a response as quickly as possible – you can help support our staff and service by drinking responsibly and not taking unnecessary risks.”