The cousin of London Ambulance Service motorcycle paramedic Mark Pell, who tragically died earlier this year, is running a series of races in his memory. 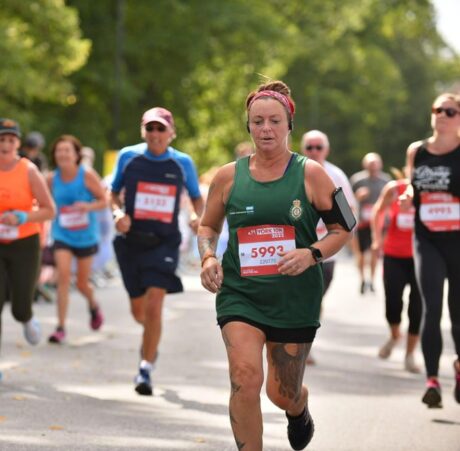 Zoe Hancock’s beloved cousin Mark, 51, died in hospital after an accident while on a training course in Wales in April.

“The world seems empty and I’m pretty lost without him, but I knew I had to do something – so I’m raising money for the London Ambulance Charity to support his colleagues.

“I think he would be proud of me.”

Mark worked for London Ambulance Service for 28 years and was part of its highly skilled motorcycle response unit who can respond quickly to emergencies on London’s busy streets.

Mum-of-three Zoe used to work in a motorbike shop and Mark loved spending time with her there, sparking his life-long passion for motorbikes.

At his funeral in May, Mark’s colleagues formed a convoy of 29 motorcycles, ambulances and response cars for a 25-mile procession to the crematorium where they were met 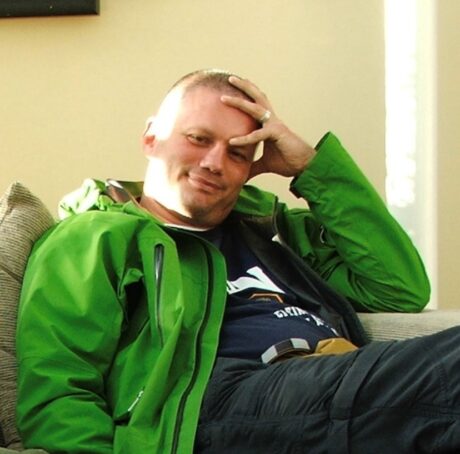 with a guard of honour and trumpet salute.

Zoe was so moved by the gesture, she decided to raise money for the London Ambulance Charity which funds wellbeing projects for staff in need of downtime and space to reflect and recharge after long busy shifts.

She added: “Even after a busy shift, Mark would still have time for others. He would help everyone including several charities. He still inspires me.”

She has just completed a 10k run in York, is planning a half marathon in September and a full marathon in October – the first time she has ever attempted the distance.

Sally George, Head of the London Ambulance Charity, said: “We’d like to say a huge thank you to Zoe who, despite her devastating loss, is doing something incredible to support our people.

“The London Ambulance Charity is dedicated to caring for the people who care for others, particularly during these exceptionally tough times.”

You can support Zoe’s fundraising efforts on her JustGiving page here.

You can find more ways to support the London Ambulance Charity here.