Be part of something big – rare chance to join volunteer lifesavers

Londoners are being invited to apply for one of the most exciting volunteer roles possible, as London Ambulance Service (LAS) aims to triple its number of emergency responders – specially trained volunteers who help save lives across the capital. 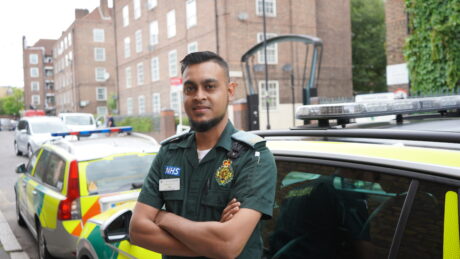 The Service has launched a recruitment campaign for volunteers and is particularly seeking new recruits from ethnic minority backgrounds.  The emergency responder programme is now 10 years old with over 100 volunteers serving thousands of hours each year.

Successful applicants will be trained in life-saving skills as well as driving an emergency vehicle with blue lights and siren on, before responding to 999 calls alongside paid ambulance crews.

Samantha Palfreyman Jones, Head of First Responders, said: “The past two years have been unprecedented in how we live our lives and what matters to each of us.

“The pandemic has prompted lots of people to think about their careers, how they want to spend their spare time, and many people have been left feeling that they want to ‘give something back’ to the NHS.

“There has been an amazing show of support for LAS and the NHS and this is perfect opportunity for people to think about joining our ranks as an emergency responder.

“By joining you can make a huge difference to your community by saving lives and responding to patients in their time of greatest need.

“We are open about wanting to recruit more people from ethnic minority groups as we want our emergency responders to better reflect the diversity of our brilliant city.”

Emergency responders work in pairs in a fast response car and get sent to the most seriously ill or injured patients, including those in cardiac arrest.

They are often the first crew to arrive on scene and can begin life-saving treatment before an ambulance arrives.

During the pandemic, some emergency responders were given extra training to respond to patients on an ambulance working alongside a paramedic.

Our emergency responders come from all walks of life and inclu

“The most satisfying thing you can do.”

Kowser Ali – known as Ali – has a full time job in security and has been volunteering in his spare time with LAS since the emergency responder scheme was set up in 2012.

The 33-year-old said: “I might not get paid to do this but the rewards are worth so much more. To know that you can save a life, or change a life or make a difference is the most satisfying thing you can do.

“I love being able to help people and serve my community. We have a lot of Asian patients where I work in Newham and when they see me it can make things a little easier.

“I can speak to them in Bengali, Hindi or Urdu and that can be reassuring.”

LAS is more diverse than it has ever been – with around 20 per cent of staff from ethnic minority backgrounds. 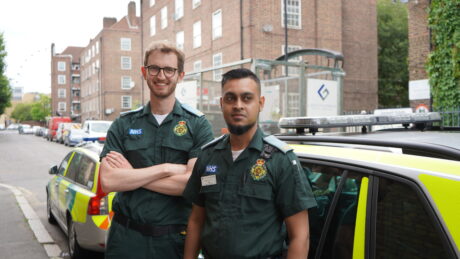 However, the Service is aiming to better reflect the community it serves by recruiting more volunteers as well as paid members of staff from diverse backgrounds.

Applicants for the emergency role must have a first aid certificate and commit to volunteering at least 16 hours a month.

He said: “Volunteers play an important role across the NHS gifting millions of hours each year supporting hospitals, ambulance services and others to go ‘above and beyond’.

“They undertake an amazing array of roles, from being hospital radio DJs to those who befriend patients on wards. We’re particular proud of the emergency responder scheme, which has been running for over a decade.”

The Service is also offering a paid entry level role for people with no medical background. Recruits will be trained to work on ambulances alongside senior medics.

You can apply for an emergency responder role here: be part of something bigger than yourself.

Or you can find details of all our vacancies on our jobs page: current vacancies.