A prime-time documentary will show the commitment of our ambulance crews and control room staff on the front-line of emergency care in London and the challenges they face. 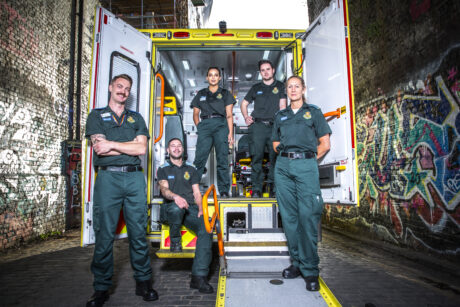 ‘Ambulance’ –the BBC’s BAFTA-award winning series – returns to the capital with a new eight-part series broadcast weekly on BBC One from Wednesday (16 September) at 9pm.

In the 52 days cameras were rolling in autumn 2019, our Service took 290,000 emergency 999 calls and attended almost 170,000 incidents including 307 stabbings and shootings. The programme-makers were granted access to tell the real-life stories of patients, staff and volunteers behind the vast numbers at the UK’s busiest ambulance service.

In Wednesday’s opener, viewers see the reality of knife crime in the capital when crews attend several stabbings in the space of a few hours including one where a young man loses his life. By the fourth such assault, ambulance dispatcher Mandy is moved to reflect on the rise of violent crime and movingly reveals the loss of her own son in a stabbing.

Elsewhere in the series, viewers will see control room staff coping with the failure of the 999 computer system meaning they must revert to paper systems for two hours to keep patients safe. In one episode mother and daughter medics Nicola and Maisie attend a major bus crash incident in Orpington which left one person dead and 15 injured. Throughout the series crews talk candidly about the emotional impact of attending daily trauma incidents and patients suffering mental health crises. 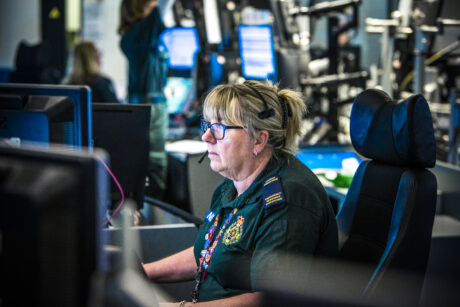 “Our purpose is to save lives and help Londoners when they need us most. In a city of more than 8 million people and growing, we are one of the busiest ambulance services in the world and we must ensure we get to the most critically ill and injured people the most quickly.

“As a tax-payer funded service, I believe it’s important the public we serve see how we do this and the reality of what caring for the capital entails. I hope when they watch the show they see the professionalism, compassion and outstanding dedication of everyone working for London Ambulance Service.”

The first series of the documentary also followed crews from London. Series 1- broadcast in 2016- was viewed by 4.5million people and offered unprecedented access to the work of the Service. This new sixth series illustrates how the pace and demands of the job continue to grow. When the first series of Ambulance aired exactly four years ago, London Ambulance Service took 1.83 million calls each year. In 2019 that figure rose to just over 2 million – an increase of ten per cent.

Richard Bond, Managing Director for Dragonfly Film and TV, which made the documentary series for BBC One, said: 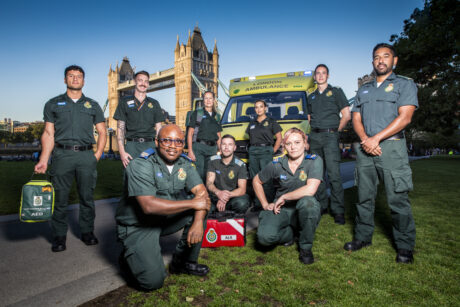 “The NHS consistently faces unprecedented demands up and down the country and this new series will highlight how the ambulance staff and volunteers cope with the challenges of the ever-growing and diverse city of London.

“We are delighted that London Ambulance Service is trusting us to tell their story again as we capture their extraordinary work on the front line.”

As well as following medics and call handlers, the series also reflects the work of other teams across the Service, including those who work in fleet and keep our ambulances on the road. It is hoped that the programme will encourage more people to consider a career in the London Ambulance Service or other ambulance trusts.