During the peak of the coronavirus pandemic, staff across South London saw an unusual ambulance at their stations and A&E departments.

The vehicle had been stripped of medical equipment and filled instead with donated food and drinks for staff on the frontline. 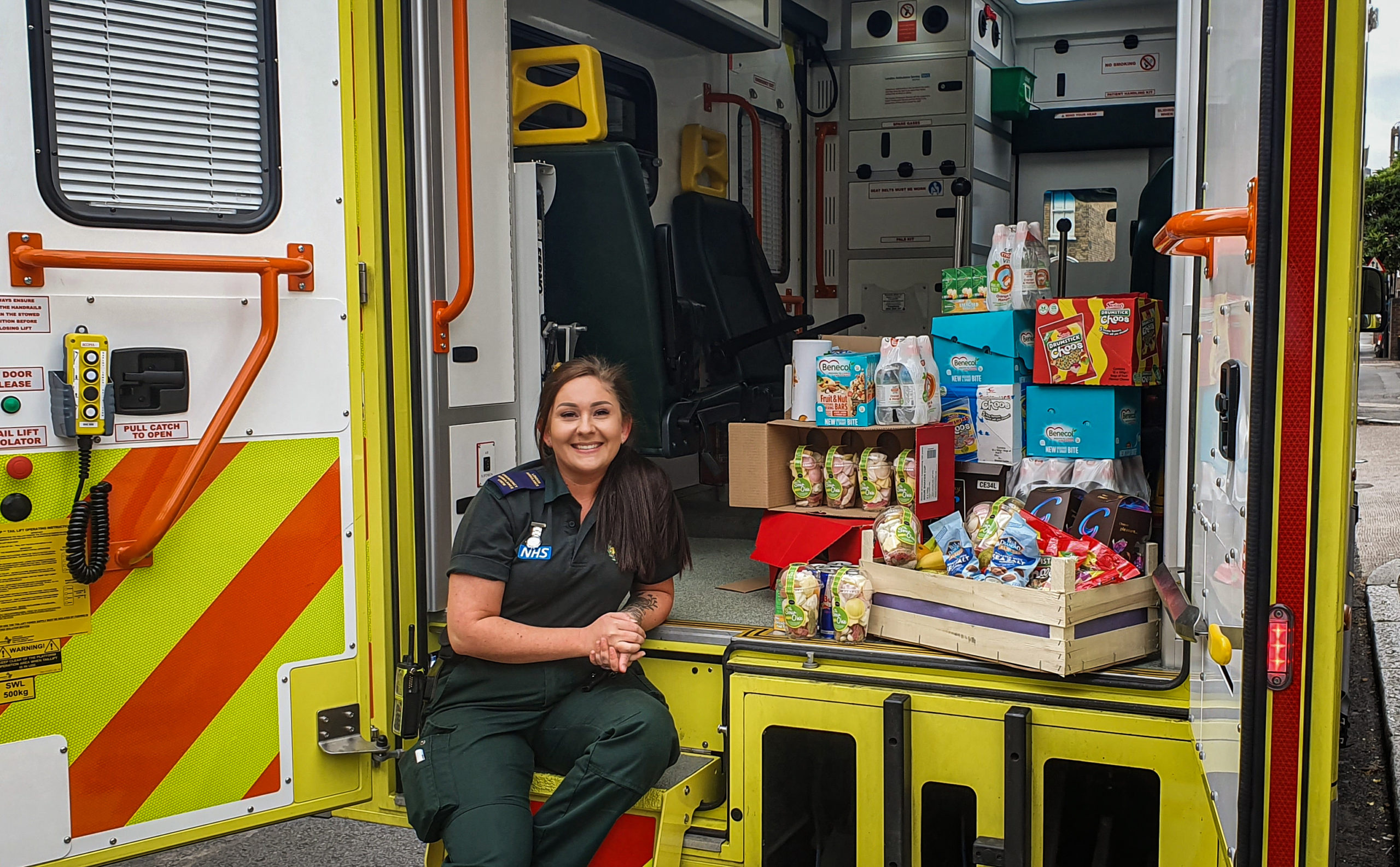 The mobile tuck shop was the brainchild of Jennie Clayton, a 26-year old EAC based in Croydon. For several weeks on her days off, she and volunteers including her colleague Amelia Wilkie collected and distributed huge and generous donations from the public – from drinks and snacks to dozens of loaves from the bakery.

She has now been nominated for the Daily Mail’s Health Heroes Awards, a prestigious event where celebrities and prime ministers have handed out awards to NHS staff in previous years.

The tuck shop made dozens of visits and brought snacks, comfort and a brief respite for hundreds of staff during an unprecedented and stressful time for the service.

She was nominated by Maisie Broszek, a fellow medic at Croydon ambulance station.

Maisie Broszek said, “Long before this Jennie was known around the station for going above and beyond to look out for people and keep morale up. Most people on their days off want a much-needed rest – instead Jennie decided to make a difference for her colleagues in a hugely thoughtful and helpful way. I’m proud to have nominated her.”

Jennie Clayton added: “I wasn’t expecting in the slightest to be in a paper over this, let alone nominated for an award. It’s a humbling experience and while I didn’t think I did anything out of the ordinary beyond trying to cheer up all the people I work with, it feels great to have been nominated and to see the work we all do being recognised and supported.”

Khadir Meer, London Ambulance Service’s Chief Operating Officer, said: “Jennie is a credit to her colleagues and to the service as a whole and it is great to see her receive recognition for her work through these awards.”

“We’re all rooting for her to win, and we’re also beyond grateful to all those generous members of the public who filled her tuck shop with food and drinks for our staff.”

Jennie’s nomination and story is available to read here.