One of the country’s leading trauma surgeons has hailed the pioneering role of the London Ambulance Service (LAS) in helping to tackle knife violence which he describes as ‘endemic’ in the capital.

Martin Griffiths, Clinical Director for the Violence Reduction network at NHS England and NHS Improvement (NHSE/I) praised the organisation for world-class trauma care and a ‘tremendous’ track record delivering prevention messages through projects and training in schools and communities. 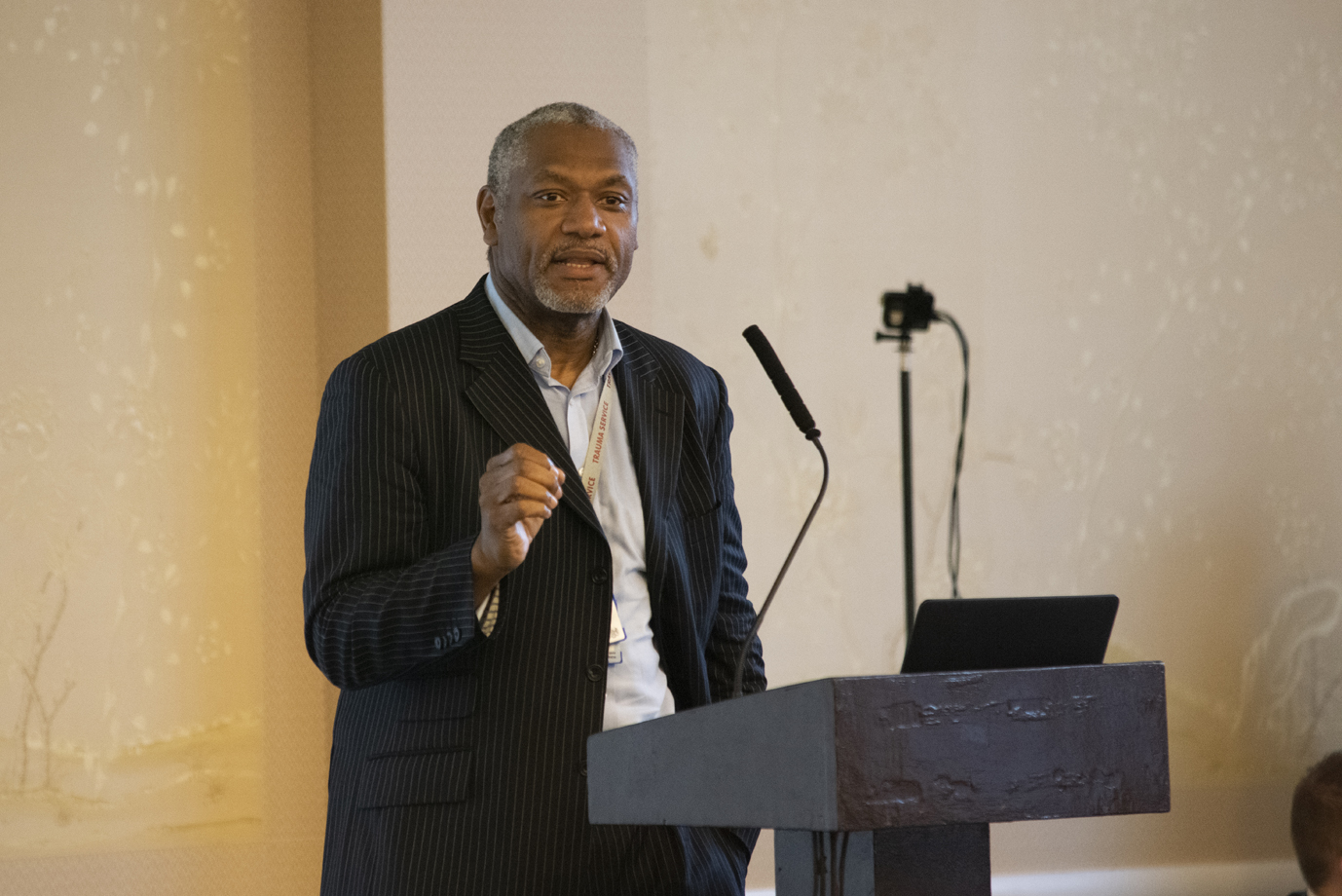 The focus on knife crime came at the Service’s annual public meeting on Tuesday night. In a keynote speech, Mr Griffiths called for the wider NHS to follow LAS’s example and ‘step up’ to prevent stabbing injuries in addition to treating the consequences of youth crime.

Martin Griffiths, a surgeon at Royal London Hospital, revealed violence was ‘endemic’ in London and at a level not seen for a decade. Last year, 1,400 wounds were deemed severe enough to warrant major trauma care in London.

“We have seen knife wounds happen in people getting younger and younger. A quarter of what we see happens to those 16 years or under. They don’t happen in the middle of the night fuelled by alcohol. They happen in the afternoon between three and five: school time. This is a youth violence problem.”

Mr Griffiths said the scale of gun and knife injuries over the past ten years meant trauma services here were among the best in the world with excellent care, innovation and research. But he said there was growing acceptance there has not been enough focus on preventing injuries and the NHS had to ‘step up’ to the challenge and listen to communities to tackle knife crime.

“Prevention is the key… For the first time in my lifetime, all agencies – law enforcement, local government, large government, education, social services – are on the same page. It’s time to listen and support communities.

“I believe if we give young people better opportunity and the ability to deliver on their potential we can make London a healthier and happier place.”

Speaking following the meeting, Heather Lawrence, Chair of London Ambulance Service, agreed that all partners in the NHS and other emergency services had to work together to prevent knife crime in London.

“Our medics are world-leading when it comes to helping save the lives of the victims of knife crime but they would rather not have to use these skills at all.

“Prevention is better than a cure. I am determined the London Ambulance Service continues to play a pioneering role in helping our emergency service partners and the wider NHS stem the tide of these injuries.

“We will offer our support to Martin and his team in the drive to make London a healthier place for the capital’s young people.”

During the course of the meeting, the public heard from Chief Executive Garrett Emmerson who outlined progress on the vision set out in the five-year Strategy published in 2018.

Mr Emmerson said significant progress had been made transforming the organisation from one seen as ‘the back door’ of the emergency services to one acting as the ‘front door’ to the whole emergency care system.

At the meeting, visitors could see a number of stalls showcasing the close work with partners that is integrating urgent care across the capital to deliver better patient care.

Teams were on hand to explain how they work with volunteers in the community, how technology was improving patient care and how the Service was reducing the environmental impact of its ambulances. Ambulance crews and control room staff spoke about their different roles.

A video of the public meeting can be viewed online here