A CHILD dialled 999 to get an ambulance after seeing her mum abandon an emergency call because she was too ill to ask for help. 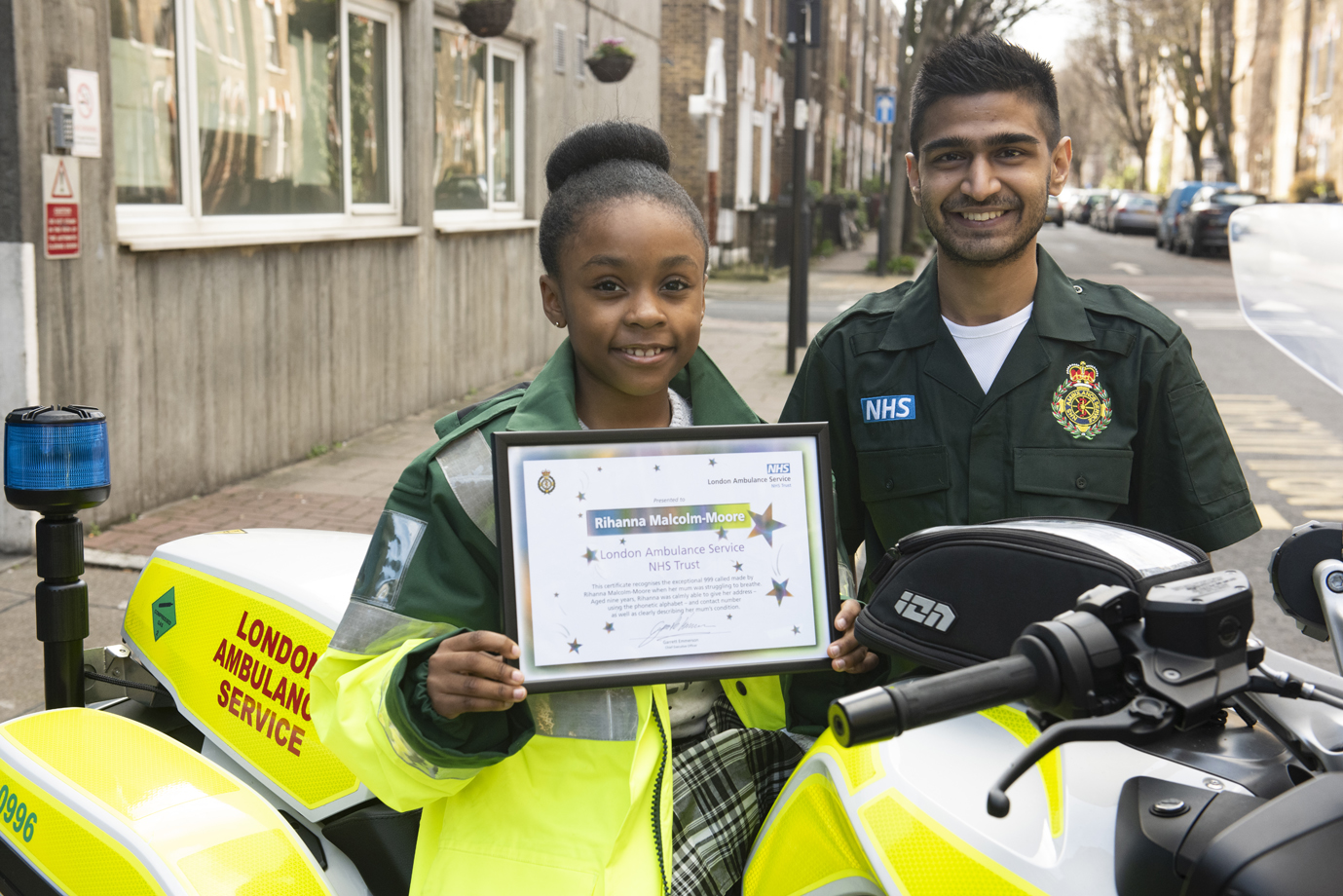 Keisha Moore, 44, tried to phone London Ambulance Service after collapsing at home in pain but was unable to breathe – let alone talk.

Rihanna Malcolm-Moore, who was nine at the time, picked up the phone and made the 999 call.

She said: “I was really worried about my mum because she was in so much pain but I just wanted to help her.”

Keisha said: “I am so proud of her. She just took over. She told me she was calling an ambulance. She’s actually quite shy but she was able to stay calm and give our full address and contact details and say what had happened.”

Not only was Rihanna able to give all the necessary details to the call handler but remarkably she could recite her post code using the phonetic alphabet.

She also explained that her mum has asthma and chronic anaemia. During the call, she added that her mother was in a cold sweat, felt sick and was in pain all over.

Dipesh Makwana, the call handler who answered Rihanna’s 999 call, presented her with a certificate to recognise her exceptional response.

He said: “Rihanna really stood out – she was so calm and clear even though she must have been very frightened when her mum couldn’t breathe.

“Her mum has also taught her what to do in an emergency and they are a fantastic example to all families – children can save lives.” 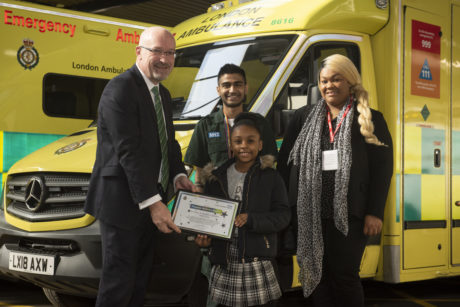 Because of Rihanna’s call, a paramedic arrived at their home in just over five minutes. And a second ambulance arrived a few minutes later to take her to hospital.

Keisha started teaching Rihanna how to make emergency calls when she was just two years old and at four taught her to recite her mobile number. But Keisha admits she had no idea her daughter could use the phonetic alphabet.

She said: “I was really surprised she could do that – she must have just picked that up. She is a bright girl.”

Rihanna first made a 999 call for her mum when she was six years old – and then last year she made another call when her aunt slipped in the shower and suffered a head injury.

Rihanna, who goes to St Cyprian’s Greek Orthodox Academy, in Thornton Heath, wants to be a heart surgeon when she grows up.  Rihanna herself spent some of her early life in hospital after being born prematurely.

After meeting the call handler and crews at the ambulance HQ in Waterloo, Rihanna added: “Well I have always wanted to be a heart surgeon… but also maybe a paramedic.”

London Ambulance Service is recruiting call handlers from next week.

PARENTS: What To Teach Your Child