Ambulance chiefs are encouraging London’s football fans to drink sensibly and look after each other to avoid ending their viewing of World Cup matches in the back of an ambulance. 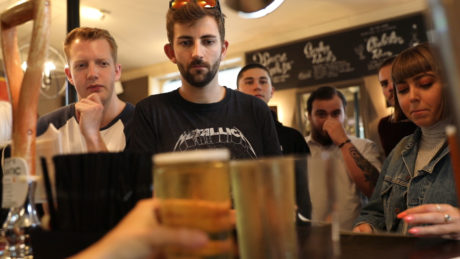 The tournament kicked off on 14 June and England face Tunisia on 18 June in the first of the team’s games in Russia.

London Ambulance Service Medical Director, Dr Fenella Wrigley, said: “Our message is simple – we want everyone to enjoy the World Cup but to be a team player by looking after their friends.

“We’re asking people to drink responsibly, keep an eye on each other and make sure they get home safely, rather than ending their night in the back of an ambulance.”

Demand is typically high for the ambulance service during the summer months of each year and this can be further heightened during major sporting events like the World Cup.

Dr Wrigley added: “While we’re treating patients who have had too much to drink, other people who are potentially seriously ill or injured could be waiting for help.

“Drinking too much puts people in a vulnerable situation. If you cannot look after yourself you risk injury by falling or being less aware of traffic and other hazards.”

Top tips for a safe night out