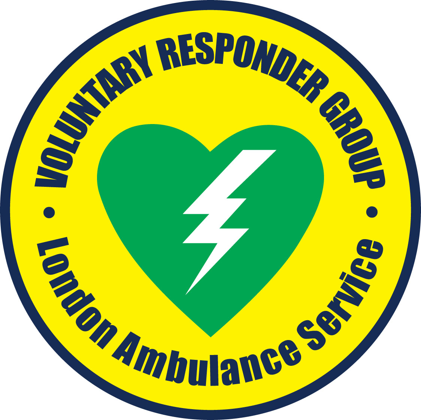 We support the work of volunteer lifesavers in the capital through a registered charity – London Ambulance Service Voluntary Responder Group.

We already reach a majority of patients quickly, but for those whose heart has stopped beating, receiving lifesaving care immediately gives them the best chance of survival.

All volunteer responders are trained to use a defibrillator, a device that can restart a patient’s heart by delivering an electric shock. Getting a defibrillator to someone in cardiac arrest gives them the best chance of survival.

We have worked over the last decade to improve the cardiac arrest survival rate in London, which is now at its highest-ever level, and our work with volunteer responders looks to build on that success.

The London Ambulance Voluntary Responder Group is made of of three sections:

For more information about the charity or to enquire about making a donation please email us.

For more details about this section of our site, please use the email link below.

Donate to the group