As well as crews who work together on an ambulance, we also have a number of single responders, who go to patients by car, motorcycle or bicycle. 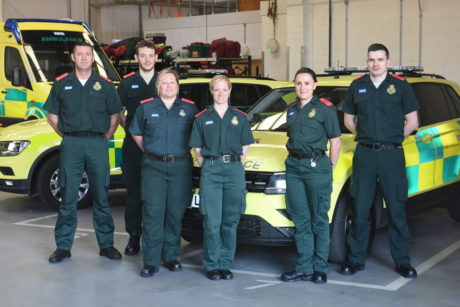 They are able to treat patients without the help of an ambulance crew, or are sent to a patient ahead of an ambulance as they still carry the vital life-saving equipment needed in an emergency.

However, our single responders have been fully trained to work on their own. They are emergency medical technicians or paramedics who have the skills to assess patients to see whether they definitely need treatment by an ambulance crew.

In some parts of London we are supported in our work by ambulance community responders, who work for us on a voluntary basis. These are members of the public who have had emergency life-support training, and they respond alongside our staff to life-threatening 999 calls.

We plan to increase the number of single responders to ensure that we are able to retain crewed ambulances for those patients who need them.

Click on the boxes to find out about all our different single responders: