Woman fined for spitting on ambulance after verbally abusing crews

A woman who spat on an ambulance and screamed and shouted at the crew when they stopped to treat her friend has been fined and given a 12 month community order. 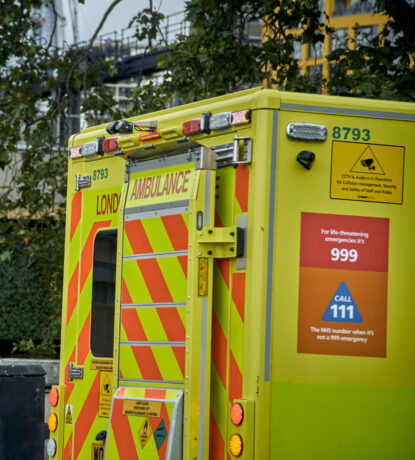 Cibele Soares-Alvarenga, 48, had flagged down the ambulance after her friend collapsed in the street in Stockwell, after a night of drinking during lockdown earlier this year.

As the crew from London Ambulance Service drove past, they noticed her waving frantically and stopped to help her friend.

They helped the patient to his feet but decided he did not need further treatment. Soares-Alvarenga became so verbally abusive, the crew felt threatened enough to seek refuge in the ambulance.

She tried to get into the ambulance, pulling on the door and the wing mirror and banging on the window.

She then spat on window of the ambulance door.

He said: “This is a great result and demonstrates how seriously the legal system takes this sort of behaviour – the magistrates in this case said they were disgusted.”

As well as the fine and community order, she was also ordered to pay £100 compensation each to the ambulance clinicians.

As part of its #NotPartOfTheJob campaign, we have introduced body worn video cameras and CCTV on ambulances to try to protect crews.

We also recruited two Violence Reduction Officers, who work closely with the police and support victims.

“Our clinicians treat people with care and compassion and should not fear for their safety while doing their job.

“Attacks on our staff and volunteers – either verbal or physical – are unacceptable and we have a zero tolerance approach. Any abuse will be reported to the police and we will push for the strongest sentence.”