This month (August) our #NotAnAmbulance campaign is encouraging Londoners to look after their friends when they’re out drinking, so they don’t end their night in the back of an ambulance.

More than 6,650 revellers were treated by ambulance crews after drinking too much last August, and our latest film shows the impact this can have on us at the ambulance service.

Medical Director, Dr Fenella Wrigley said: “While we’re treating patients who have had too much to drink – others, who are potentially seriously ill or injured, could be waiting for help.

“A lot of the people our control room and ambulance crews respond to on Friday and Saturday nights don’t need an ambulance – they need a friend to take responsibility to get them home safely and look after them.

“Our message is simple – look after your friends and make sure they get home safely, rather than ending their night in the back of an ambulance.”

Dr Wrigley added: “Drinking too much puts people in a vulnerable situation. If you cannot look after yourself you risk injury by falling or being less aware of traffic and other hazards. You also risk losing your phone and keys, leaving you stranded on the streets.

“Many people who have drunk too much end up in arguments and tussles with others – something which, when sober, they would never be involved in. We’re asking people to drink responsibly and if their friends do drink too much and need help, look after them so they don’t end up alone, vulnerable and in need of an ambulance.”

Read our press release to find out more including the top five London boroughs for alcohol-related incidents.

Get involved – sharing on social media

Throughout our campaign, we’ll be using the hashtag #NotAnAmbulance. Join in the conversation on Twitter and Instagram and help us spread the message about how looking after your mates when you’re drinking could save an ambulance for someone who needs it more.

Our 90-second campaign film shows how a night out with friends can turn into a night in an ambulance, and highlights the importance of looking after your friends. Use this embed code from YouTube to add the video to your website or social media channels:

Right-click on these photos we’ll be using throughout our campaign to help spread the message that on a night out you need your mates to look after you, #NotAnAmbulance 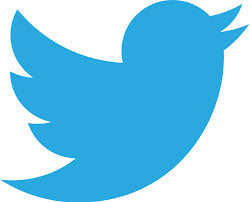 Find out more about us and our campaign on Facebook.