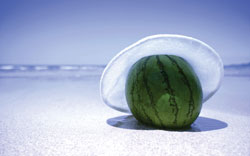 The London Ambulance Service is preparing for what it expects to be its busiest weekend of the year following today’s confirmation that the current heatwave is set to continue.

Demand on the 999 system has remained very high in recent days, with incidents categorised as being life-threatening up by as much 20 per cent each day.

As the Met Office issued a level 3 heatwave warning today, steps being taken include offering additional overtime shifts, and moving clinically trained staff who are currently performing other roles to work on frontline vehicles.

Other options for these patients include calling NHS 111, or visiting their local pharmacy.

Assistant Director of Operations Katy Millard said: “Our priority is to ensure that we can respond as quickly as possible to those with the most serious illnesses and injuries.

“Anyone with a genuine emergency should call 999 immediately, but those with less serious problems should be aware that it may take us longer to help them than would normally be the case.

“Many people call us with heat-related issues that could be avoided if they took more care in the sun, and we would again urge people to look after themselves.”

Tips for keeping well in the heat include: