999 calls soar as the temperature in the capital rises 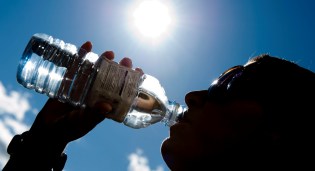 Londoners are being urged to take care in the sun after the ambulance service experienced its busiest day of the year so far.

Staff in the control room answered 6,102 emergency calls yesterday (Saturday 6 July) compared to 4,592 two weekends ago (Saturday 22 June) before the hot weather started, an increase of 33 per cent.

Director of Service Delivery, Paul Woodrow said: “We always see a rise in 999 calls in hot weather; this is due to various reasons including people forgetting to keep hydrated and the heat making pre-existing conditions like asthma worse.

“I would urge all Londoners out enjoying the hot weather to stay safe by making sure you carry any medication with you at all times, keep cool by sitting in the shade, drink plenty of water and avoid drinking alcohol in the sun.”

Among the types of calls that we have seen an increase in are patients with breathing problems and chest pains. Staff have also treated more patients with alcohol-related injuries and illnesses.

Paul added: “We see an increase in calls for people with breathing difficulties in the heat, please help us to respond to the most seriously ill and injured by only calling 999 in a genuine emergency.

“Anyone with a minor condition should consider some of their other healthcare options.”

The busiest hour in terms of an increase from yesterday was between 10pm and 11pm when staff answered 45.8 per cent more emergency calls than the same hour on 22 June (369 calls compared to 253).