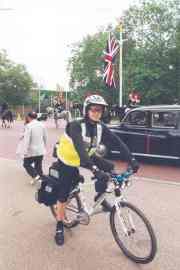 Cycle Response Manager Tom, 42, from Ayrshire, said: “I’m very honoured, very humbled, but also to be in the same room as some of those great nominees is also quite an honour.

“I’ve had a great team to work with over the years, and thanks goes to them.”

Tom trialled responding to 999 calls on a bicycle in 2000. Since then the London Ambulance Service team has grown to cover the West End, Heathrow Airport, Kingston town centre, the City of London, and King’s Cross, Euston and St Pancras railway stations. 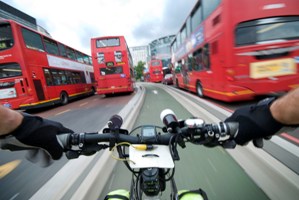 Tom also set up the Public Safety Cycling Association to raise the standard of all emergency services and public safety cyclists. He also created the National Cycle Response Group for all ambulance services.

This has resulted in thousands of police, fire, ambulance, St John Ambulance, Red Cross, St Andrew Coast Guard search and rescue, and many other workforce cyclists, including the London bike hire scheme and Docklands Light Railway, all benefiting from his expertise, as well as teams in Europe, Asia and America.

In 2006, Tom was awarded the MBE for services to bicycle moto-cross (BMX) racing and London Ambulance Service’s cycle response unit.