Alcohol-related calls to under 18s stand at 50 a week 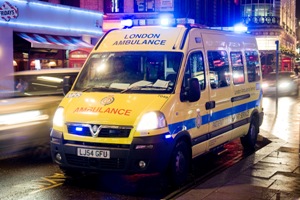 Every week 50 children in the capital need an ambulance because they’ve drunk too much alcohol, according to figures released by the London Ambulance Service.

Last year the Service received 2,625 alcohol-related 999 calls from youngsters under the age of 18 – the legal age to drink alcohol in the UK.

The busiest borough for alcohol-related calls to under 18s was Richmond, where five percent of all calls for children aged up to 17 years were down to alcohol. The second busiest area was Westminster, closely followed by Kensington & Chelsea.

“Obviously if you’re under 18 and you’re drinking you’re breaking the law, but we know it happens. I’d just urge young people who are drinking to be sensible, to stick with their friends, and make sure they know how they’re getting home.

“Youngsters need to make sure they don’t end up calling us which could take an ambulance away from somebody who really needs one. There are always other options such as local walk-in centres or you could even make your own way to A&E – arriving in an ambulance doesn’t mean you’ll get seen any quicker.”

To help deal with alcohol-related calls, the Service runs dedicated response vehicles, dubbed ‘booze buses’, in Camden and central London every weekend. These specially equipped vehicles can carry up to five patients, meaning frontline ambulances can be saved for people with life-threatening conditions or illnesses.

And all Londoners are asked to consider other options before dialling 999 such as visiting a walk-in centre, GP or local pharmacist or calling NHS Direct on 0845 46 47.