London’s top ambulance officer has taken the opportunity to thank 999 ambulance staff and colleagues in the other emergency services for their work today – 09-09-09. 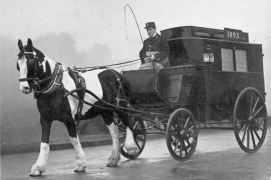 “Today it is apt to recognise the superb work of the people who work so hard to provide the 999 service in the capital,” said Peter Bradley, Chief Executive of the London Ambulance Service.

“They work 24/7, 365 days a year to ensure Londoners get the help they need in an emergency – and particularly in life-threatening situations”.

That’s some 1.4 million calls every year – and the numbers continue to increase year on year.

Just 10 per cent of all calls to the ambulance service are to people who are critically ill or injured, with the vast majority not needing the traditional ambulance travelling on blue lights and sirens. 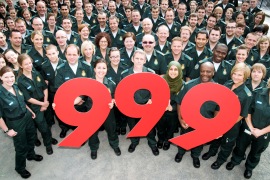 “If there is a message for the public,” said Peter, “I’d ask that they use their ambulance service wisely. Please save us for the times when someone is seriously or critically ill or injured, and at other times seek medical help from your GP, pharmacist, a walk-in centre or NHS Direct on 0845 4647.

“Or you could make your own way to A&E – travelling by ambulance does not necessarily mean you will be seen any quicker.”

For further information on the London Ambulance Service or this news release please contact the Communications Department on 020 7921 5113.